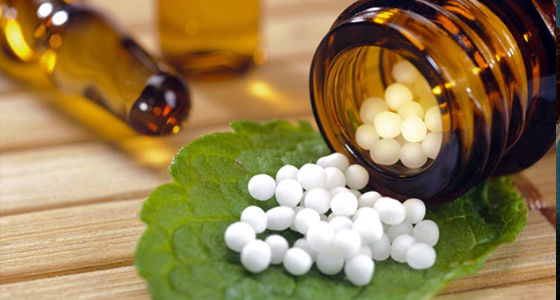 Homoeopathy is a faith-based treatment approach for diseases as compared to traditional forms of medicinal treatments. A homoeopath assesses your health and observe your symptoms and then prescribes a specific medicine known as a remedy for your condition. The remedy may consist of syrups or pills made from natural herbs and chemicals. Homoeopathy never promises a magic cure or instant solution to some disease, rather it is in fact a gradual process for attaining better health. Although, many people including doctors keep an open mind when it comes to the matter of effectiveness of homoeopathic treatments, however, various forms of scientific evidence including clinical researches and suggest that most of the treatments are based on obsolete concepts of human anatomy. Despite the controversies, the proponents of the homoeopathy claim that pharmaceutical companies scrutinize them in order to keep their businesses alive.

However, taking the bias factor out of the equation for a moment, if we really take a look into the history of homoeopathy, there is quite an evidence that homoeopathy has failed to showcase its efficiency in various random controlled laboratory trials and systemic scientific reviews. For example, according to Raza et al (2020), 110 homoeopathic trials and 110 conventional medicine trials were examined. The results indicated that homoeopathic trials were less beneficial than conventional medicine trials to the ratio of 0.65:1.19. Similarly, scientific review of the homoeopathic concepts conducted by Ernest (2002) suggests that 17 articles from electronic databases were analyzed and they failed to provide appropriate evidence regarding the effectiveness of the homoeopathy. Additionally, a research conducted by Altunç, Pittler, & Ernst (2007), concludes that due to lack of standard clinical trials of therapeutic treatments for treating childhood diseases, these treatments are not recommended for any of the ailments.

Contrary to the typical belief about the infectiveness of therapeutic treatments, many healthcare professionals might still recommend it but to use a mixed approach. Healthcare professionals can recommend you to adopt any preferable form of therapeutic treatments, but they also need you to take your conventional medicine. On top of that, the best part about the homoeopathy is that their treatments have absolutely no side-effects whatsoever which can make these treatments or placebos harmless or to be considered as the first resort. On the other hand, conventional medicine can result in various known side effects.  From the perspective of a healthcare professional, we can keep an open mind about the effectiveness of the homoeopathic treatments, however, we must not stop taking conventional medicine that is backed by historical scientific researches and laboratory tested trials. To conclude, people should be allowed to make their own choice when it comes to the adaptation of homoeopathic treatments. Conventional medicines might prove effective in most cases, however, due to the harmless nature of therapeutic faith-based treatments, people can try it out first and see for themselves since there is no harm in trying.

Raza, A. (2020). Are the Clinical Effects of Homeopathy Placebo Effects?. International Journal of Homeopathy, Complementary and Alternative Medicine, 1-1.