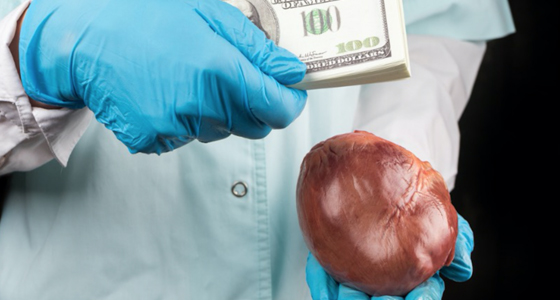 OrIt is highly dreadful to say that human organs are being used as a source of trafficking. Many political prisoners, vulnerable people, religious and ethnic minorities are mainly used as the victims of organs trafficking. In this section, we will discuss whether doctors should report such cases of organ trafficking or not? Our answer is Yes, but there are specific points which you should consider as it contains different dimensions and perspectives.

Human organ trafficking is increasing day by day. People are being murdered and kidnapped to get an organ for their need. This is called illegal organ trafficking, in which the person does not give consent to use his organ. Some people are willing to sell their organs due to poverty, but this is highly unethical and a criminal act towards oneself. So, it is also taken as some criminal act.

The sale and purchase of human organs are highly prohibited for transplanting, but there are some scenarios in which transplant is not considered illegal.

Apart from this, doctors can play a significant role, either as negative or positive. Doctors may feel scared of reporting about organ trafficking. Or they may get influence by taking money from the opposite party. There are many cases in which doctors get involved in organ trafficking despite reporting it to crime handling authorities.

Other than this, there are no effective check and balance on doctors who get involved in human trafficking. And the doctors who try to report the organ trafficking cases, there is no security responsibilities for them by the government that’s why they get scared a lot while reporting.

What to do as a doctor?

As a doctor, it should be a priority that a person’s life should be safe. Making the person suffer without any organ such as kidney or eye etc., is worse suffering which could ever give to someone. Doctors have taken the oath to safe human life, so they should perform a responsibility to report organ trafficking if their own life is not at risk. Without doctors, organ trafficking is impossible as it needs expertise and experience highly. So being a doctor, you can play a significant role in saving someone’s life.