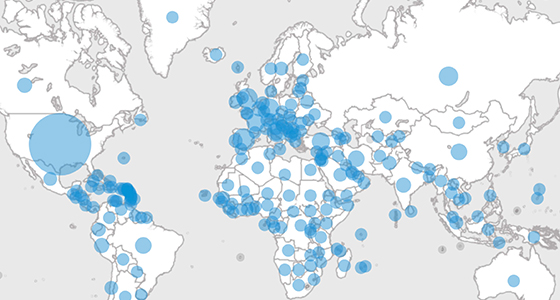 As the country’s cases reached more than 11 million, several states such as Washington and Michigan have tried damage-control by imposing new restrictions. The 11 million cases mark came only a few weeks after we had already crossed 10 million.

With the holiday season right around the corner, the steep increase in the nation’s COVID-19 cases is only expected to get worse.

On Sunday, November 15th, the Governor of Michigan described the situation as “dire,” stressing the urgency and prompting immediate action.

The restrictions are expected to last at least three weeks starting from Wednesday, November 18th. The Democratic governor, who previously drew criticism from the Republicans on her attempt to impose stay-at-home orders, is now going for a stricter approach towards the lockdown.

All in-door dining, in-school teaching, and organized sports activities are to be halted during the three weeks until given the green light.

Similarly, Washington state officials have given the order to ban all activities and social gatherings that can increase the state’s COVID’19 cases. However, outdoor socializing in groups of five or less is allowed.
People who quarantine for two weeks before the social gathering and test negative for COVID’19 48 hours before the gathering can be an exception.

Washington governor, Jay Inslee, addressed the nation earlier this month and stated that “Inaction is not an option” and ordered retail stores to reduce customer capacity in the store to 25%.

According to CDC’s current projections, by the 5th of next month, the total deaths caused by COVID-19 are expected to be around 34,000. Therefore, measures, such as those taken by Washington and Michigan, are expected to be adopted in other states as well.