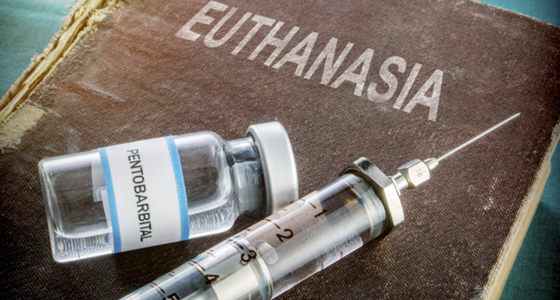 Euthanasia, i.e., mercy killing, is a deliberate intervention to end a life to relieve an ill patient’s suffering. 1 It is an intriguing medical, ethical, and law issue.

It sharply divides the scientific and unscientific public into its supporters and opponents. It is one of the points where three major religions (Orthodox, Catholic, and Islamic) have the same concept. They are against legalizing mercy killing and emphasizes the holiness of life. Different countries see the issue of deprivation of life in three different ways. In some countries, euthanasia is murder similar to any other murder from the criminal codes. The numerous states consider euthanasia as murder committed in privileged circumstances. We have some countries in Western Europe where euthanasia is a legal medical procedure under the law’s requirements. Most Islamic countries consider euthanasia a murder, with Western countries, where mercy killing represents decriminalized medical practice. 2

There are a great revolution and advancement in the medical field with time, but there is ambiguity around euthanasia and physician-assisted suicide. The view of a physician on euthanasia is an essential element in the implementation of this procedure. Many factors, including religion, determine physicians’ opinions, but it is becoming an increasingly favorable attitude among physicians worldwide. There is a diversion in the attitudes of physicians towards euthanasia, and therefore should be the provision of guidelines for physicians by the Ministry of Health who deal with situations where patients or families ask for euthanasia. 3

Medical Assistance in Dying(euthanasia or assisted suicide) is expanding. Canada is the first country that allowed nurse practitioners to provide euthanasia. This development highlights the need for nurses to reflect upon the ethical and moral issues regarding euthanasia.4

Euthanasia should be Legal

There are many deadly diseases like cancer that cause great suffering all over the world. There is no definite treatment for these diseases, and these ruin millions of lives every year. It is unfair to force the patients to suffer until these horrible diseases consume them. Human life is valuable, and people want to live the best and most fulfilled life. Sometimes, it involves cutting life to preserve the quality.  Euthanasia can become an effective way to cease the never-ending agony of patients suffering from terminal illnesses if it becomes legalized.

Euthanasia is ethically permissible in situations where the patient is suffering from a terminal illness. Everyone should hold the right to decide when to die and end his agony. According to the Constitution, we are entitled to the quest for happiness. However, in some cases, satisfaction may only be found in death. Second, death is a private matter, and the state shouldn’t involve itself in the personal decisions of citizens. Our government shouldn’t tell us how to lead our personal lives from any other perspective. So why should the way one decide to die to be any different? Third, a patient who has endured suffering to the point of wishing for death deserves to die with dignity. A terminally ill patient wanting euthanasia cannot be placed in the same category as another person wanting death for an invalid reason. 1,5

We all want to leave this earth and be remembered in a positive light. Allowing a disease or condition to take over your life while your friends and family must stand by and watch may leave them with a distorted memory of who you were, predominantly in the case of young children. There is no argument concrete enough for one to agree that terminally ill patients should suffer instead of seeking relief through euthanasia. Euthanasia is a solution to the end of suffering of a person. However, if all other plausible options have been exhausted, it is ethically permissible. 1,6

We can’t assume the consequences if euthanasia is made legitimate and how society will respond to the sanctioning of killing. There is no current data for tricky incline worries about the dangers of the authorization of assisted killing. In critical condition, patients who experience steady agony should not keep on enduring because we don’t have the foggiest idea of what will occur if euthanasia is allowed.