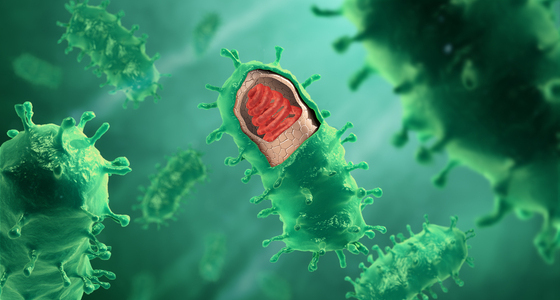 Physicians are abandoning the sole cure for rabies.

Since its beginning in 2004, the Milwaukee protocol, a treatment claimed to avoid mortality after the start of rabies indications, has been done over 26 times but has only saved a single life. Due to the protocol’s overwhelming failure, health authorities have dubbed it a red herring.

The cause of rabies is the rabies virus that is classified as a member of the Lyssa virus genus which is an RNA virus. Virus transmission usually happens when rabid animal saliva was able to penetrate a mucous membrane or a wound. Infection is often acquired as a result of a wound received from a furious animal. The virus enters the body through peripheral nerves and goes to the salivary glands and the brain. A typical rabies symptom is hydrophobia, an aversion to water or water intake. Hydrophobic individuals will usually shun water and will not drink it. Additionally, anxiety, nerve discomfort, itching, decreased sense of touch, paralysis, convulsions, and coma may occur. Al most usually, cases among unvaccinated people end in mortality.

An expert committee led by Dr. Rodney Willoughby came up with the Milwaukee protocol in 2004, after the admission of a 15 – year – old girl to a Milwaukee hospital for rabies treatment.

The team developed and executed a new method after conferring with experts from the Centers for Disease Control and Prevention in Atlanta. The patient was put in a coma and administered an antiviral cocktail including ribavirin, ketamine, and amantadine. Given the notion that rabies disease is caused by the nervous system neurotransmitter malfunction, physicians reasoned that suppressing brain activity would limit harm until the patient’s immune system produced a sufficient reaction.

76 days after admission, the patient was released from the hospital. During a doctor’s visit 131 days following discharge, she showed a speech impairment and difficulties walking. How long such circumstances lasted is unknown. The patient continued his education in the following years . She remains Milwaukee’s only protocol success.

There has been some controversy about the Milwaukee protocol’s effectiveness. Dr. Willoughby detailed the procedure’s effectiveness and potential in a 2009 article in the journal Future Virology. Dr. Willoughby reported two additional cases of rabies patient survival after the adoption of the Milwaukee procedure in that paper. With the addition of these two instances, the total amount of rabies patients rescued by the Milwaukee protocol treatment now stands at three. However, a 2013 research published in the international Antiviral Research refuted those survival claims. That article expressly says that Dr. Willoughby’s statements in Future Virology are false since both of the patients described died of rabies.

The overwhelming failure of the Milwaukee protocol has been ascribed to an abnormality in the first patient. For instance, she was attacked by a bat, but the bat was not captured. Without the bat, no test for the causal rabies virus can be done to rule out a particularly severe type. A milder form could be more readily fought off, which would better clarify her survival. Additionally, experts cannot eliminate the possibility that the patient had exceptional physiology, impeding the development of rabies in some way.

Health authorities argue that the repeating of the Milwaukee procedure impedes attempts to develop novel therapies. Rather of experimenting with new methods, physicians rely on the Milwaukee protocol since it was previously effective. Crushing failure has led the medical community to impose a moratorium on the procedure, allowing for research that may result in new therapeutic alternatives.