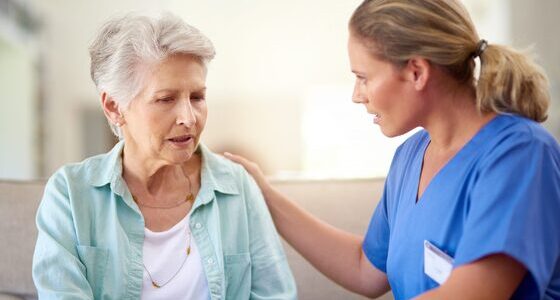 In general, aging is the gradual process of changing of a person due to time and biological and psychological processes.

It can also be said to be an accumulation of cellular damages in the body over time as people reach peak body functionality around their 20’s to early 30’s (Besdine, 2019; World Health Organization (WHO), 2018 ; University of Cincinnati, 2006 ). Nonetheless, aging and the changes it comes with it is inevitable.

It is common knowledge that the cardiovascular system will not work as efficiently like before as people age . Blood vessels become stiffer and less flexible, which increases the effort to pump blood throughout the body which then thickens the blood vessels and increases the blood pressure. The heart’s pacemaker also loses some of its cells or develop s fibrous tissues, and fat deposits resulting in a slightly lower heart rate although not by much at rest.

The heart also increases in size , especially in the left ventricle , yet decrease s in cardiac output as thickening allows less blood to be held in the chamber. Blood also changes with age as aging reduces body water , contributing to less fluid in the bloodstream and thus lowering blood volume. R ed blood cell production also reduces , leading to a slower response to blood loss and anemia. White blood cells also decrease in amount and ability , reducing effectiveness against infections and pathogens (Medline Plus, 2021; Mayo Clinic, 2020).

Contraction in the digestive tract slows as people age , which causes more water to be absorbed in the intestines and swallowing difficulties in the esophagus. Old age also increases the occurrence of constipation (Conaway, 2012).

he bladder becomes less elastic with aging and decreases the storage for urine , which results in increase d frequency of urination. Pelvic floor muscles and smooth muscles of the bladder also weakens causing difficulty in bladder control (Mayo Clinic, 2020).

As people age, bones gradually thin and lighten as the bone marrow disappears , reducing not only the diameter but also the density of the bone. Bones also lose calcium and other minerals , making them brittle. In the spine, aside from thinning of bone, the discs in between gradually lose fluid and become thinner , leading to compression and more curving of the spine . This results in loss of height.

Another contributor to the loss of height is the bones in the foot arches because they become less pronounced with age. However, despite the loss of minerals, long bones do not change in length unlike the vertebras (University of Cincinnati, 2006; Medline Plus, 2021).

Generally, joints and muscles gradually lose their flexibility. In joints, synovial fluid may decrease, and cartilage may thin as they wear away due to friction. It may even lead to mineral depositing and the occurrence of osteophytes which may result in pain and swelling of the affected area. While in muscles, it may atrophy (reduction of muscle size) leading to a decrease in lean body mass . Muscles are also deposited with fats and may be replaced with fibrous tissue. They also become less toned, less contractable, and more rigid (Medline Plus, 2021) .

As people age, the epidermis thins even if the amount of cell layers remains the same. Melanocytes also decrease and those that remain enlarge , resulting in thinner, paler, and more translucent skin. The skin is also blemished wit h wrinkles and age spots, medically known as lentigos around 4o or 50 years old. The connective tissue of the skin undergoes elastosis that reduces the skin’s strength and elasticity.

The sebaceous glands also produce less oil , resulting in dryer skin and even itchiness. The subcutaneous fat layer also thins decreasing insulation and padding and thus increasing the risk for skin injury and difficulty in maintaining proper body temperature. Along with this , the sweat glands also produce less sweat further contributing to the difficulty in maintenance of proper temperature and increases the risk for overheating and heat stroke (University of Cincinnati, 2006; Medline Plus, 2021).

A common indicator for aging is changes in hair, specifically hair loss and graying (University of Cincinnati, 2006). In aging , melanin, the pigment in hair produced by hair follicles, lessen s in production , attributing to graying of hair . Hair growth also slows, and many hair follicles stop producing new hair attributing to hair loss. While hair strands also become thinner and finer , contributing to the look brought by hair loss. However, facial hair may turn coarse and longer (Medline Plus, 2021).

The nails also undergo changes due to aging as they become dull and brittle and e ven become yellowish and opaque . They also may become harder and thicker especially the toenails while tips of fingernails may easily break. Lengthwise ridges may also appear in the nails (Medline Plus, 2021).

Old age slows the burning of calories and increases the build – up of fat tissue, usually in the abdomen, increasing weight . However, weight gain only increases in males up to 55 years old and 65 years old in females before they begin to lose weight because . In the latter years, fat replaces lean muscles (Medline Plus, 2021).

There is also a decrease in the quality of eyesight and difficulty in hearing higher frequencies (Mayo Clinic, 2020).

In aging , certain parts of the brain shrink , communication between neurons become s less effective, and blood flow to the brain decreases. All the se contribute to changes in mental and cognitive function. Sometimes it causes difficulty in concentration and multitasking, and difficulty in recalling events or words. However, there are also positive changes like greater in – depth knowledge o f words or learnings from the accumulated experience and knowledge throughout their lifetime (National Institute on Aging, 2020 ). It is also to note that while older people are susceptible to mental illnesses, it is not part of normal or healthy aging (Medline Plus, 2021).

Aging brings inevitable and unwanted changes to people physically and mentally. But the changes brought by aging do not always have to be problematic because people can facilitate healthy aging . And to facilitate healthy aging , the best way is to engage in physical activity , have a healthy diet , and create good habits as most physical changes brought by aging can be reduced through exercise , proper lifestyle, and a healthy diet.

For example, exercising can promote flexibility, strength, and endurance that is reduced due to musculoskeletal changes while eating healthy can lessen the risk of cardiovascular conditions. Another way to facilitate healthy aging is exercising the b rain to keep it sharp . While mental changes can pose cognitive challenges, brain exercises like puzzles or learning new skills enable the brain to stay sharp to keep up with the exercises. Another way is to keep social connections as socializing with other people promotes good emotions and prevents loneliness and depression (Smith, Segal, & White, 2021).