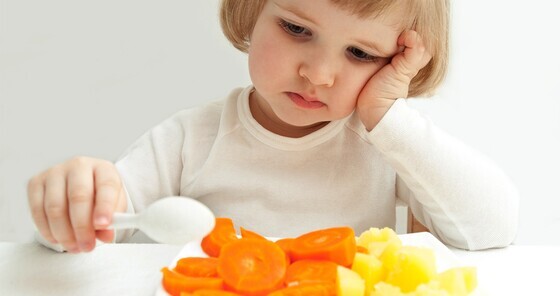 Eating disorders are characterized by an unhealthy obsession with food and body image.

Two prominent examples of eating disorders are anorexia and bulimia, both of which are marked by the strong desire to lose weight.

People with anorexia drastically reduce their food intake in an attempt to lose weight, while those with bulimia consume an excessive amount of food and then use extreme methods to purge this food from their bodies. Purging may include the use of laxatives or forcing themselves to vomit.

A recent study estimated that 13.6 billion people worldwide have anorexia or bulimia.Both disorders are life-threatening. Among all mental health illnesses,anorexia nervosa is currently the highest-ranked cause of mortality.The stress of weight loss and starvation can lead to complications affecting the heart, brain,gastrointestinal system, and kidneys.

Symptoms of anorexia may be physical, emotional, and behavioral. Physical symptoms include:

Emotional symptoms may be harder to identify, especially if the person is more withdrawn about their thoughts and feelings. Symptoms typically include:

Behavioral changes may be fairly noticeable. People living with the affected individual should watch out for the following signs:

Bulimia nervosa is characterized by a cycle of binge eating followed by excessive efforts to excrete or eliminate the food from their bodies.A 2016 study found that people with bulimia are more likely to have families with very high expectations or families that are highly concerned about fitness and physical appearances.

The two types of bulimia are known as purging and non-purging bulimia. People with the former will usually binge eat and then induce vomiting or use laxatives and diuretics. Those with non-purging bulimia will resort to extreme exercise or fasting methods.

The cause of mental illnesses may be difficult to pinpoint and usually require an extensive review of the patient’s background. In both anorexia and bulimia, causes may include:

Genetics. A history of mental illness in the family may predispose the individual to develop one as well.

Peer pressure.This is especially true for younger people. The media and social networking platforms may serve as a source for highly unattainable body ideals.

Emotional and psychological factors. Stress,low self-esteem, and the presence of other mental health problems may trigger eating disorders.

When signs and symptoms of eating disorders are identified, the affected person should be taken to a medical professional immediately for assessment. Lab tests will be given to measure the person’s BMI and to check for any severe damage,such as heart problems or injuries to the digestive tract.

Treatment for both disorders may include psychotherapy to correct any negative body prejudices and irrational fears, and to manage feelings of anxiety. Medications such as antidepressants may be prescribed, especially for complicated cases. For bulimia, antiemetics may also be given to reduce vomiting.