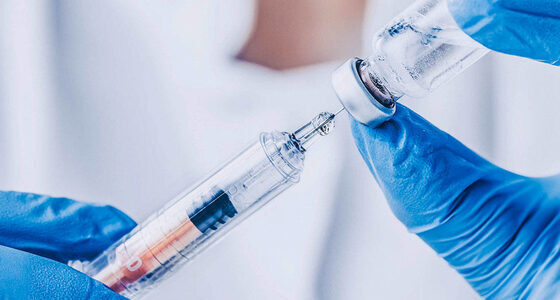 With more than 2.5 billion vaccine doses worldwide to combat the continuing COVID – 19 pandemic, vaccination remains one of the enduring medical practices that prove to work.

However, the history of vaccination actually dates back to humankind’s attempts to shield themselves from persistent illnesses like polio and smallpox.

As early as 3,000 years ago, smallpox was already present and posed a threat to public health. Numerous archaeological findings and historical records from India, China, and Egypt prov e the endemic nature of the disease, and smallpox would be the first target of physicians to control through vaccination.

The early forms of inoculation are being practiced in Asia, where medicine men would grind up smallpox scabs and blow them into a n ostril or transfer some matter from smallpox sore into the skin. This practice would be known as variolation and would serve as a natural yet crude precursor to vaccination.

This practice would spread throughout the world, gaining supporters from royal courts and governments to protect one from smallpox. However, it does have its drawbacks, including limited immunity; a person variolated with smallpox might be protected from the first attack, but not the second. There were also cases of misdiagnosis, as smallpox appears quite similar to milder chickenpox.

Edward Jenner, a British scientist, would eventually create the first vaccine, inoculating an eight – year – old, using matter from a recovered cowpox survivor; cowpox is a milder and similar version of smallpox. Testing the hypothesis that cowpox survivors are also protected from smallpox, Jenner’s success would usher in the practice of vaccination.

The practice would find gradual support from British society, and eventually to other countries, with both the Russian Empress Catherine the Great and the American president Thomas supporting the practice. Vaccination would be so compelling to make the earlier practice of variolation illegal in the United Kingdom, 17 years after Edward Jenner’s death.

Wit h the support and publication of Jenner’s findings from the Royal Society in London, other scientists began to look at creating vaccines for other diseases. A French microbiologist – Louis Pasteur – would ultimately create vaccines for diseases like anthrax, chicken cholera, and rabies.

Vaccines to protect against pertussis, diphtheria, and tetanus were developed around the early 20th century. The polio vaccine from American scientist Jonas Salk would lead to a handful of polio cases today, compared to half a million in its peak during the 50s.

Scientists then aimed at other diseases, with vaccines developed for measles, rubella, and mumps in the 1970s, hepatitis B in the 1980s, and hepatitis A and varicella in the 2000s. Through vaccination efforts, smallpox has virtually been eradicated since 1980.

However, vaccination hesitancy conspiracy would remain persistent throughout history, with many considering Jenner’s work with smallpox as a way to pass on the disease to them. Others point to the link between vaccines and autism as a cause of concern (untrue according to health experts), the vaccines can turn you magnetic (also untrue), can turn you infertile, and that there is a microchip embedded into the vaccine (also untrue). However, such conspiracies remain and pose dangers to those who cannot be vaccinated due to health reasons, especially those with immune system problems.

Vaccination has saved untold millions of lives, and with the COVID – 19 pandemic still raging, it will save countless more. The d anger of misinformation should be met with a vigorous response so that other diseases which have been controlled will not return to wreak havoc on communities again.