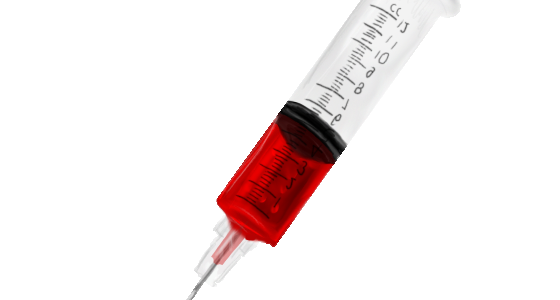 Viruses are microorganisms that are known to invade human and animal cells, sometimes causing infections. They are made up of genetic material, either DNA or RNA, enveloped in a protein coat. Common viral infection include the influenza virus, HIV, chickenpox, and the infamous COVID-19 or SARS-COV-2.

Many common viruses, such as the flu and chickenpox, are self-limiting. This means that the symptoms appear and resolve on their own without the need for aggressive treatment. In these mild cases, the infected host will usually only need supportive treatment to manage their symptoms. Antibiotics don’t work for viral infections.

Transmission of respiratory viral infection diseases is typically through droplets, which infected individuals may spread by coughing or sneezing. Touching contaminated objects such as doorknobs, keyboards, and elevator buttons, may also cause the virus to spread.

The treatments for milder forms of these diseases include antipyretics (acetaminophen), anti-inflammatory medications (ibuprofen, mefenamic acid), nasal decongestants (phenylephrine, pseudoephedrine), and lots of fluids to increase hydration. Antivirals, such as oseltamivir (Tamiflu), may be given for more severe infections.

These viruses cause skin rashes and other symptoms, such as fever and body malaise. Included in this category are measles, smallpox, chickenpox, and rubella. Usually highly contagious, these diseases are spread through close contact and contaminated materials.

Fortunately, children are given vaccines for many of these exanthematous viral diseases. Hence, any infections may be easily managed through fever-reducing medications and antivirals such as acyclovir.

Stomach flu or gastroenteritis may be caused by rotavirus, norovirus, or even some strains of adenovirus. Symptoms of infection include stomach cramps, diarrhea, and vomiting. Unsuspecting victims may become infected by touching objects used by a sick person or by consuming contaminated food and water.

Rotavirus vaccination is widespread nowadays, but many people may still contract other gastrointestinal viruses. Although symptoms usually resolve on their own, treatment should still involve replacing lost fluids and electrolytes.

Rabies, poliovirus, and meningitis belong to this category. Though polio has almost been eradicated through vigorous vaccination programs, there are still a few cases that pop up around the world.

Rabies virus is spread through animal bites and is devastatingly fatal once left untreated. A rabies vaccine should be given to individuals who work or live with furry animals. If a person is bitten, post-exposure prophylaxis medications should be administered immediately. Treatment consists of human rabies immune globulin (HRIG) and rabies vaccine injected on the day of exposure and periodically over two weeks.

The human immunodeficiency virus (HIV) is a retrovirus. It uses RNA in place of DNA to store its genetic information in host cells. HIV attacks the body’s immune system and may lead to AIDS (acquired immunodeficiency syndrome) if left untreated.

Some antivirals are used to delay the progression or spread of disease, but in the case of HIV viral infection, antiretroviral therapy is given to prevent the virus from making copies of itself. This significantly lowers the viral infection load in the infected person’s body, which minimizes their chances of passing the virus onto another person.

Viruses are intriguing germs that can evolve more swiftly and capably than present-day humans can. Still, through the diligent observation of viruses and virulence, scientists will hopefully be able to adapt and struggle against the adversities that nature presents.